What Makes India a Hotspot for Smuggled African Gold 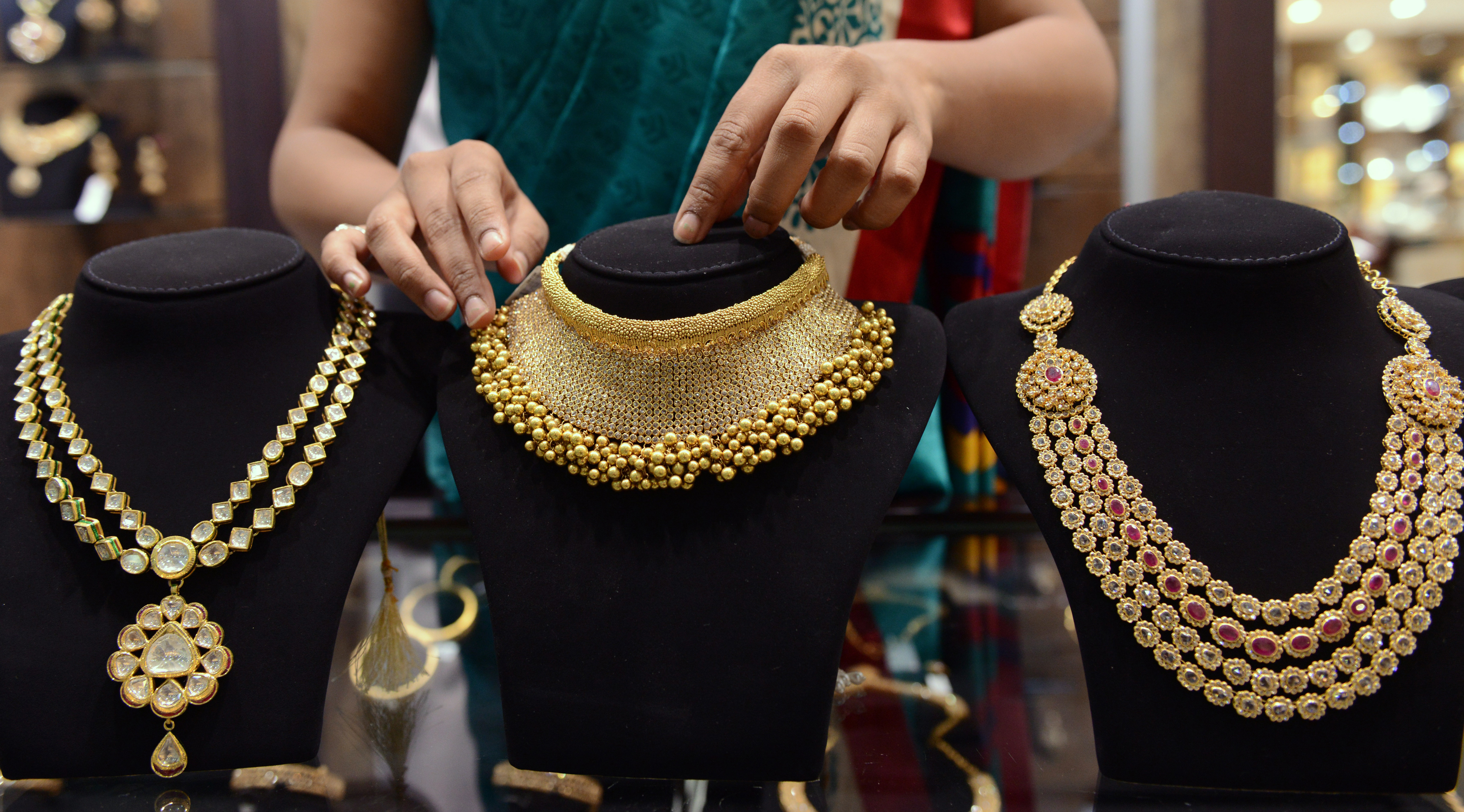 It was too much rain for March. The roads in Lucknow, the capital city of the northern Indian state of Uttar Pradesh, had become slippery. *Brijesh Dubey, a deputy director at the Directorate of Revenue Intelligence (DRI), India’s top intelligence body dealing with evasion of customs duty and smuggling, got a lead on a gold smuggler. DRI had been tracking this man for a long time. The suspect had made some security investments and had also been involved in hawala transactions. That day he planned to run away with his stash of smuggled gold.
“Heavy rain made it difficult for us to identify the vehicle,” Dubey told VICE News. “When we marked the vehicle and tried to intercept the guy, a mob gathered around us. They used tires and boulders to block our way. Because of reduced visibility, they could not do much.”
Dubey’s team succeeded in nabbing all five people in the car, as well as the contraband.
Gold from both neighbouring and African countries has poured into India for years through illicit channels. India seized smuggled gold, worth INR 49.5 crore (around 6.7 million USD) this year. Over a quarter of India’s gold sector is tainted with gold from questionable sources, according to an analysis by IMPACT, a Canada-based non-profit.

Zimbabwe, one of the origin countries, is losing an estimated
100 million USD worth of gold each month through side marketing and illicit flows. “For every gram of gold we hesitate to buy, there is someone from India or Dubai ready to buy it,” Wonder Kapofu, director-general of Reserve Bank of Zimbabwe’s financial intelligence unit, said at an event in 2017.
Gold mining has been going on in Zimbabwe since the seventh century. Last year, artisanal, small scale miners—the majority of them operating illegally and in unsafe conditions—produced 17,478 tonnes of gold, compared to 10,181 tonnes generated in large mines. Rather than going to state institutions with this gold where they will be paid in Zimbabwean dollar, and where they might face criminal action for mining illegally, small scale miners prefer selling it to agents who pay them in USD.  These agents then take the gold to different parts of Africa and the world—India being one such destination. The profits too are consequently reaped by other countries instead of the country where this gold is produced.
Zimbabwe-based NGO Centre for Natural Resource Governance (CNRG) has probed illegal gold mining in the country. Tapuwa O’Bren Nhachi, research coordinator at CNRG, recalled a middleman telling him about a baron who buys gold at a higher price than Zimbabwe’s Reserve Bank. “This person goes on to smuggle the gold through Mozambique to Malawi. From Malawi, the gold is flown to South Africa where it is sold to countries like UAE and India,” Nhachi told VICE News.
In India, officers like Dubey undertake risky operations to nab smugglers. “Such illicit gold goes into hawala rackets, terror financing, arms smuggling and other organised crimes,” said Dubey.
“Gold, both dore and refined bullion, being imported into India can potentially be linked to conflict, human rights violations, smuggling, child labour, corruption, and other abuses in Africa and South America,” according to the IMPACT report. 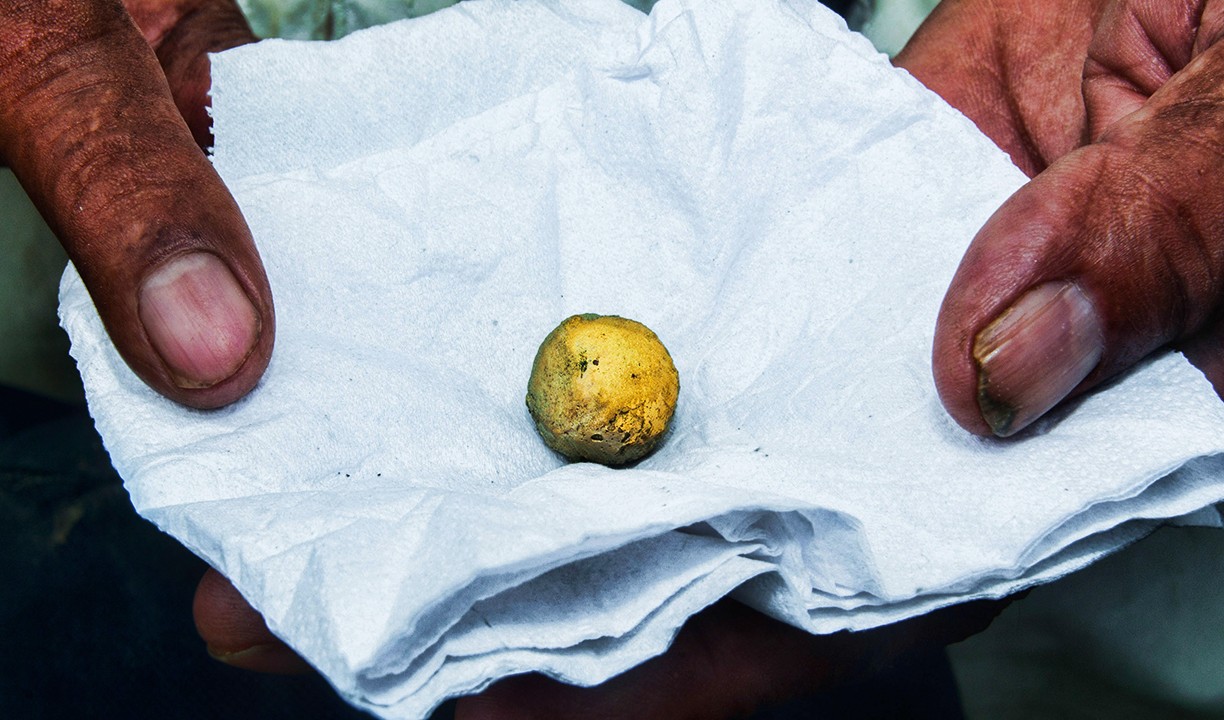 Multiple reasons make India a preferred destination for smuggled gold. Dubey said India’s porous borders makes the country prone to smuggled goods.
The IMPACT report points to “lack of proper due diligence by both domestic refiners and designated importers”.
Anantha Padmanabhan, former chairperson of All India Gem & Jewellery Domestic Council, said high import duty is a key factor for the surge in smuggled gold arriving in the country. Purchasing smuggled gold is more profitable as buyers do not have to pay import duty. “If you reduce the import duty, there won’t be any margin for the smugglers so everything will stop, » said Padmanabhan.
Another crucial reason is the high demand for gold jewellery among domestic buyers. Gold has traditionally been a part of Indian culture. People also consider it a reliable asset for investment. Even after some decline in demand, India’s gold consumption in 2019 was 690.4 tonnes, second only to China that consumed 1002.8 tonnes. Together, the two countries make more than half of the world’s gold purchases. “I call India the largest above-ground mine in the world,” Rajesh Khosla, chairperson emeritus of MMTC-PAMP, India’s leading refiners, told VICE News. “The focus should be on increasing gold mining in India. There has to be a long term solution.”
There is also the question of responsible sourcing. Buyers in the industry don’t always ask aggregators details such as the source of gold and the mine of origin. Indian government has told members of the industry to be more transparent and refuse business with people approaching them with illegal products.
Back at the DRI office, Dubey’s task does not end with arrest and seizure. There is the question of identifying the masterminds behind these rackets. And those arrested are hardly convicted.
*Name changed to protect privacy.
Follow Ankita Anand and Stephen Tsoroti on Twitter.

Any cookies that may not be particularly necessary for the website to function and is used specifically to collect user personal data via analytics, ads, other embedded contents are termed as non-necessary cookies. It is mandatory to procure user consent prior to running these cookies on your website.